North Avenue has been known over the years by many names, including Concord Road, Lancaster Road/ Turnpike and the “Great Road.” North Avenue has been a major transportation route throughout the history of Weston, widely used for transportation of livestock from Vermont and New Hampshire to Boston.  Several taverns were located along the Weston part of the route, although none has survived.  In 1844, the importance of the area was increased with the building of the Fitchburg Railroad (later the Boston and Maine), with stations at Kendal Green, Hastings and Silver Hill.  Also important in the development of North Avenue was Stony Brook, which flows in roughly the same southeast direction as the road and was the location of a number of early mills.

Historic Houses
Bradyll Smith House
The oldest house in the North Village Area, as defined by this area form, may be the Bradyll Smith House at 360 North Avenue (ca.1730, MHC 619, Map #1) at the corner of Conant Road, although additional research is needed on this house.  At the time of the 1794 Kingsbury map, this is shown as belonging to Joseph Hickson.
Methodist Church Building at 377 North Avenue
The present Methodist Church building at 377 North Avenue (1971, Map #22) is of recent vintage but the church itself is the oldest and most important institution in the area. The present church is the 3rd building on the site and the fourth in the history of the Methodist Church in Weston. The church was formed in 1789 and built its 1st building in 1798 in “Mrs. Fiske’s Pasture,” now 427 Conant Road on the hill. In 1827, this was deemed too small for the congregation and a new church was erected in 1828 at Conant Road and North Avenue. This lovely small Gothic church burned to the ground on New Years Eve in 1899 and was replaced by a Colonial Revival pedimented church dating to 1900. This church was, in turn, demolished to make way for the present structure.

Craigie Map
The term “North Village” is found on the 1852 “Craigie Map” of Boston and Vicinity, where the label is placed at the corner of North Avenue and Conant Road. At that time, the term “North Village” seemed to apply to the northwest corner of Weston all the way to the Lincoln line. By 1852, houses lined both North Avenue and Boston Post Road, the 2 major transportation routes and 2 most settled areas in an otherwise thinly populated farm town.

The Craigie Map shows 4 houses along the north side of the street between Conant and the present Old North Avenue. These houses remain at 413, 415, 419 and 431 North Avenue. 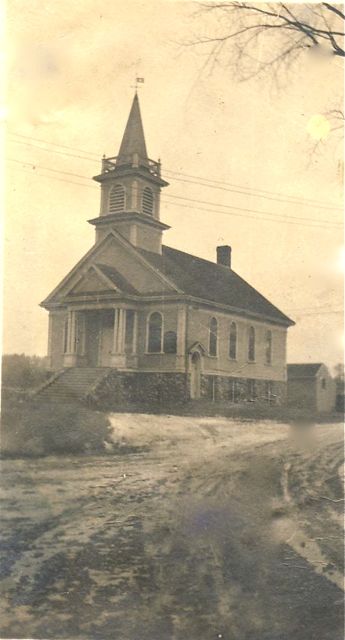 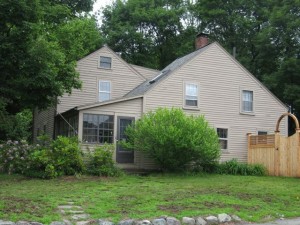 419, 415 & 431 North Avenue
419 North Avenue (ca.1834) was built for Samuel Patch sometime after he purchased 2 parcels from the land of Sewall Fiske in 1834. The Fiske family, whose homestead was just east from the area herein described, was one of the original Weston farm families, owners of a farm reputed to be a mile square.

The neighboring house at 415 North Avenue (ca.1835, MHC 235, Map #15) was built about the same time, as was 431 North Avenue (1834-remodelled 20th c.,Map #12) which has been extensively remodeled in recent years.
Elsie Cooke, in her unpublished history of the area, writes the following about this house: “431 North Avenue is known as the Park Boyce house, built in 1834. Mr. Boyce was a blacksmith and built the house, stable and shop. He died in 1881 and his son Allen sold to George W. Faber of Lincoln in 1884. Around that time Thomas and George Faber built the rope walk. They made ‘Hand made Linen Window, Garland, Dumbwaiter Cord. The ropewalk was built starting 10 or 15 feet from the road (just north of the house) extending beyond the spring where they bleached and finished off the cord. That spring was under the rope walk.’ This is from a letter to Mrs. Lettie O’Toole from Daisy S. Faber (Mrs. George). Before the house was recently extensively remodeled, it had Gothic windows and was unique in this section of Weston.”

413 North Avenue
The house at 413 North Avenue (19th century, MHC 623, Map #17) was formerly the Methodist Parsonage and was built, according to Elsie Cooke’s unpublished history, in 1850, and the barn in 1869. The building was used as a parsonage until the new 1 was built on Conant behind the church.

Additions to North Avenue
By 1852 1 additional house was located on the south side of the street, probably the present 406 North Avenue (MCH 620, Map #6), shown as belonging to W. Dudley on the 1852 and also the 1875 and 1889 maps. About the turn of the century, North Avenue was widened, which put many houses closer to the road. The following houses had been built by 1910, according to records in the tax assessor’s office:
North Avenue Village Area Map 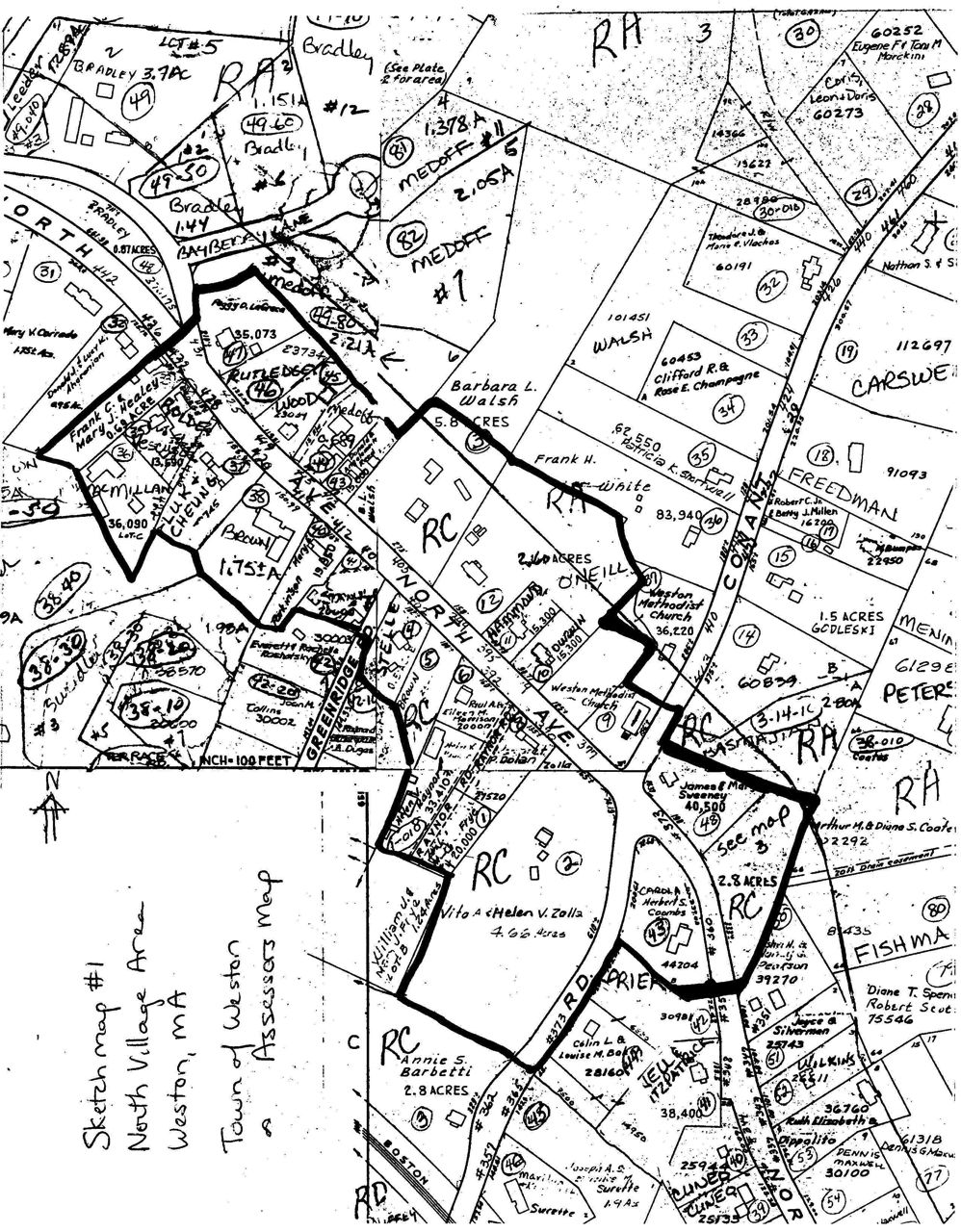