The most architecturally significant houses within the Glen Road Historic District are two that remain from the 18th and 19th century, when Weston was still a rural farming community. Both these houses are relatively small, simple examples, reflecting the modest living standard of most Weston farmers. 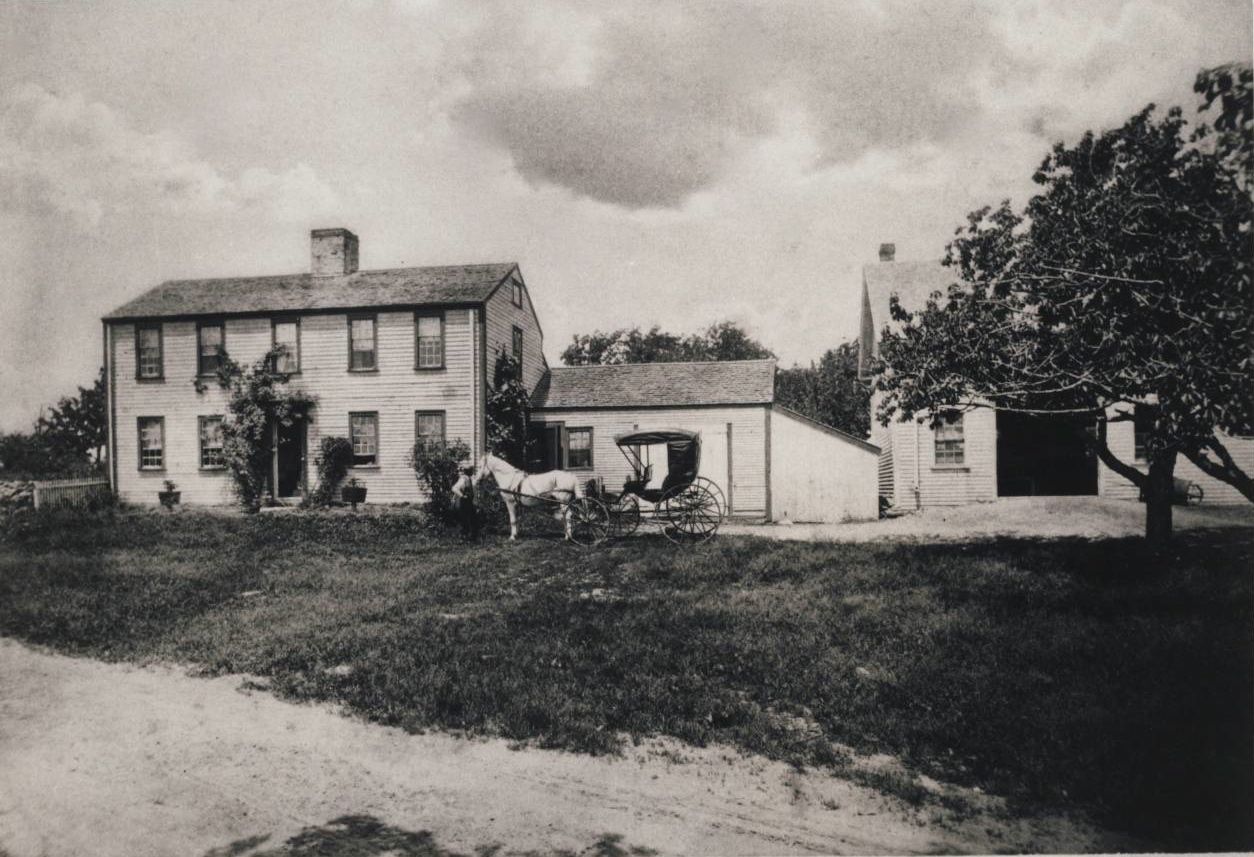 Structure & Details
The well-preserved house maintains much of its original interior paneling, wide board floors, tight-turn-around stairs and other early features. Photographs document the enlargement of the house at the back-a change which resulted in the central chimney being located in front of the ridge. When the house was moved across the street in 1924, a vestibule was added along with a side sun porch. As a result, the Colonial house looks much like its Colonial Revival neighbors, for which it may have served as a model.

Pratt/Wyman House
The Pratt/Wyman House at 317 Glen Road (ca. 1812 with earlier ell, Map #33, MHC 220, Photo 4) was also built for a farm family and illustrates the type of simple changes made to keep up with fashion. The house is an straightforward example of the Federal style, with a symmetrical five-bay facade and low hipped roof. Around 1850, a new owner replaced the original door with an Italianate version sheltered by an bracketed hood. In later years, the house was extensively photographed by members of the Wyman and McNutt family, and it is clear that the clapboards were not painted until the early 1920s.

Other Houses in the District
The district encompasses 32 single family houses, more than half of which were built by the Jennings family between 1913 and 1930. These houses represent typical early 20th century styles and are similar in size, style and setback. For this reason, the district has a unified, cohesive feeling. This type of early 20th century neighborhood is not typical of Weston and more closely resembles the development pattern of the adjoining town of Wellesley.

Architect
No architect has been identified for any house within the Glen Road Historic District and it is likely that all the houses were done by builders. Most or all of the Jennings houses were built by Warren Jennings, a farmer and carpenter, perhaps working with other family members and/or farm employees.
Government Websites by CivicPlus®
[]